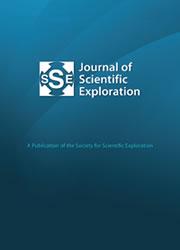 Inspired by a meeting organized with the support of the Societat Catalana d’Història de la Ciència i la Tècnica [Catalan Society of History of Science and Technology] in April 2013, organized by historians Annette Mülberger and Andrea Graus, this anthology of articles address the evolution of Spiritualism and the emergence of pioneers of parapsychology (old psychical research or métapsychique), mediumship studies and hypnosis/mesmerism showing how such practices were introduced and disseminated in Spain and in the European media. Annette Mülberger is a historian of science and Professor of the History of Psychology at the Faculty of Psychology of the Universidad Autónoma de Barcelona and she is director of the Center for the History of Science, President of the European Society for the History of Human Sciences, and is currently coordinating a group that investigates the history of science, medicine and technology of the nineteenth and twentieth centuries. There is also an article about  research on Spiritualism in Russia, particularly St. Petersburg, by Dmitri Mendeleev, the creator of the Periodic Table of the Elements.

The book  is divided into three parts. After a Prologue under the title "Science, Doctrine, Beliefs and Professionalization", the first part contains three chapters by Mülberger, who describes the origin of the Spiritualist movement in the episode that had as protagonsitas Fox sisters, Margaret and Kate, who listened to raps in their house in Hydesville, New York. Since then, the so-called "new Spiritualism" or Spiritism began to expand strongly, both within and outside the American borders. In 1857, the work of a school teacher and pedagogist Hippoliye Léon Denizard Rivail (1804-1869), would become the leader and encoder of the Spiritualist movement in France. His work, published under the pseudonym of Allan Kardec, consisted of the transcription of the messages through the automatic writing of the medium Japhet, through whom he wrote the Spiritist "pentateuch", a collection of five writings that became the mandatory reading of the Kardecian spiritism.