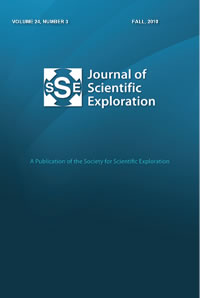 Several measures of paranormal belief have been developed and used to collect data for published research. Despite this there is considerable debate about the nature and structure of paranormal belief. Particularly, authors remain uncertain about which beliefs should be classified as elements of paranormal belief. The current study extended existing research by exploring which factors were shared across measures of paranormal belief. An extensive literature review was undertaken to identify measures of paranormal belief. The items from the scales were then combined to produce a 124 item composite measure. This was then distributed in paper form and electronically, via the internet. Respondents were recruited: face to face, by email, and post. A sample of 1481 respondents completed the measure; 538 the paper version and 933 online. Exploratory factor analysis, principal component analysis, was performed and a nine factor structure emerged. This contained item clusters measuring belief in: Hauntings, Other Life, Superstition, Religious Belief, Alien Visitation, Extrasensory Perception (ESP), Psychokinesis (PK), Astrology, and Witchcraft.