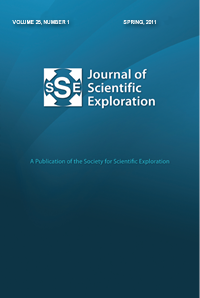 This paper consists of commentaries about and the reprint of an autobiographical essay authored by Italian medium Eusapia Palladino (1854-1918) and published in 1910. The details of the essay are discussed in terms of the writings of other individuals about the life and performances of the medium. The essay conveys a view of Palladino as a person who has suffered much in life and has a mission to help scientific research into mediumship. Typical of the positive emphasis in autobiographies in general, the medium did not discuss negative aspects of her performances. Due to the fact that the essay appeared during Palladino's visit to New York City in which many authors branded her as a fraud, it may be speculated that the purpose of this autobiography was to elicit sympathy from the American public. While some of the statements that Palladino made about phenomena are consistent with the statements of other authors who have written about her, there are several statements that show alternate or incomplete versions of particular events in her life. The differences suggests that Palladino's essay and other discussions about the medium's life are not reliable when it comes to specific details and to biographical accuracy.