The Journal of Scientific Exploration is devoted to the open-minded examination of scientific anomalies and other topics on the scientific frontier. Its articles and reviews, written by authorities in their respective fields cover both data and theory in areas of science that are too often ignored or treated superficially by other scientific publications.

The lead paper in this issue of the JSE deals with a notorious experiment concerning human weight change at the moment of death. The author challenges several familiar attempts to dismiss the experiment as sloppy science.

Another paper describes an experiment apparently showing how a person trained in achieving a special state of consciousness can move a piece of paper out of a well-capped container without physical contact.

Three articles in this issue address empirical, theoretical, or methodological issues arising from studies of ostensible reincarnation. The first examines an intriguing case from Turkey strongly suggesting some sort of paranormal information acquisition, whether or not an appeal to reincarnation is required. And the following paper by the same author argues that many (if not all) similarly strong reincarnation-type cases can be explained solely in terms of psychic functioning among the living. The last paper of this trio considers whether a previously examined case was methodologically flawed, and it proposes several strategies for improving reincarnation field studies.

A final research paper reports an unsuccessful attempt to extend the findings of an earlier pilot study examining the effect of a subtle energy technique and a personality trait on positive and negative affect. 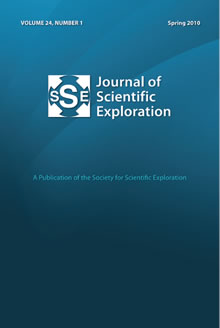 Vitor Moura Visoni
How To Improve the Study and Documentation of Cases of the Reincarnation Type? A Reappraisal of the Case of Kemal Atasoy
PDF HTML